at the Max Planck Institute for Biogeochemistry

Atmospheric research around the 300 meters tall Bialystok tower, Poland (53.23N, 23.03E; 183m a.s.l.) has started in 2003 with regular aircraft profiling. A low maintenance system for semi-continuous measurement of CO2, O2/N2, CH4, CO, N2O and SF6 from five tower levels (up to 300 m) and the associated flask programme were added in 2005. In 2007, the station was equipped with a ceilometer that works like a small LIDAR system and has been designed to detect cloud base height. The data provides cloud statistics for the station which is important for sun-dependent measurements (e.g. FTS). A long term goal is to also retrieve information on the planetary boundary layer from analysis of the backscatter signals. In the frame of two EU projects, Global Earth Observation and Monitoring (GEOmon) and Infrastructure for Measurements of the European Carbon Cycle (IMECC), an automated FTS system was set up and is operational since March 2009. This qualifies Bialystok also as a Total Carbon Column Observing Network (TCCON) site. FTS measurements, calibrated against the global in-situ surface network, permit to link satellite CO2 observations (e.g. the GOSAT programme) to the global surface network. The current equipment set makes Bialystok one of the most important sites for greenhouse gas in situ measurements in Europe. It is also one of only four sites worldwide where co-located solar absorption FTS (total column measurement) and vertically resolved measurements on tall towers are performed. Footprint analysis using the Stochastic Time-Inverted Lagrangian Transport model (STILT) shows that the measurements made at the 300 m level are regionally representative, with dominant wind directions advecting air travelled across central Europe to the station. The much larger footprints for the total column measurements of the FTS instrument were calculated using the TM3 model. 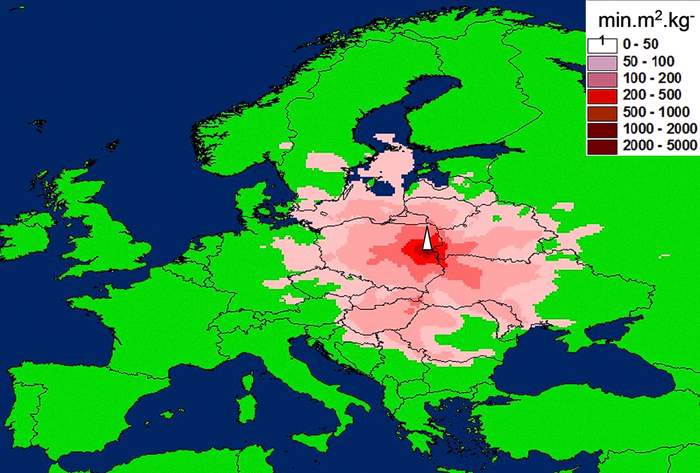